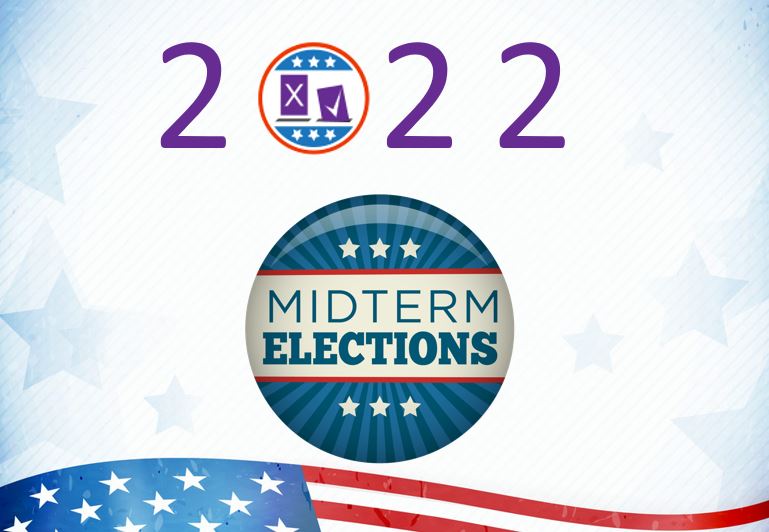 The midterms are upon us. For some it might feel like the 2020 Presidential election is barely in the rearview mirror and here we are again. So what are the midterms? When are they? How do I vote in the midterms? And why is it important for you to cast your vote this year?

TL;DR: Find out when your next election is and VOTE!

Want to watch instead of read: Check this out!

What are the midterms?

Does the word “Midterms” give you nightmares of all-nighters cramming for an exam in high school or college? Well the term “midterms” represents elections that happen in the middle of a president’s term much like those exams occurred in the middle of a school term.

Every two years the US House of Representatives (the “people’s house”) is elected. There are 435 voting members of the chamber representing the 50 states, and 5 non-voting delegates and one resident commissioner representing DC, Puerto Rico and the US Territories. This year the midterms are special as the 2020 census produced new population totals which means that the district lines for all of those voting members have been redrawn by each of the states.

In addition to the House of Representatives, 1/3 of the US Senate is up for election every two years. Given that our current US Senate is split 50/50 this election couldn’t be more important. If you live in one of the states where a senate seat is on the ballot, then your vote for Senator might dictate what the next 2 years look like in terms of the ability for Washington to legislate.

#1 Reason to Vote this year: Congress plays a critical role in the laws that are passed in this country which impact you, your friends and your family.

When are the midterms?

You may know that the big election will be November 8, 2022. But what you may not know is that every state sets a different date for their primary election. The primary election is when candidates of the same party compete for the party nomination. More than 90% of seats in the US House of Representatives are considered “safe”. What this means is that the boundaries of the district have been drawn in such a way that one party has a high likelihood of winning that seat.

As a general rule, the safer the seat is for one party, the more extreme the candidate who is selected, because especially the most ardent supporters tend to vote. Thus,  moderate candidates are more likely to lose in their primary, while they may have a higher chance of winning in the general election.

#2 Reason to Vote in your PRIMARY this year: This vote matters more because in many congressional & state districts it will determine the winner.

How do I vote in this election?

Rules vary by state for who can vote, how they can vote & when they can vote. First the who. In some states they have what are called “closed primaries” and what this means is that if you are registered as an Independent then you cannot vote in a party primary. In other states where they have “open primaries” an independent voter can show up and select which ballot they would like and vote in that election. So if you are registered with a party, then you can vote in every state. If you aren’t, and you live in a state with closed primaries, you will need to update your voter registration to vote in this primary election.

If you can vote, then you may have choices to vote absentee, early, or on election day. Those laws vary by state, but you can find the laws applicable to your state here.

#3 Reason to Vote in the Midterm elections: Since the laws change every year, some people may have difficulty voting which means that your vote will matter even more!

Why should I vote in this election?

#4 Reason to Vote in this election: Because you CAN and we should all be thankful for that!

We encourage all of you reading this to get out and vote this year! In your primary and the general election!!