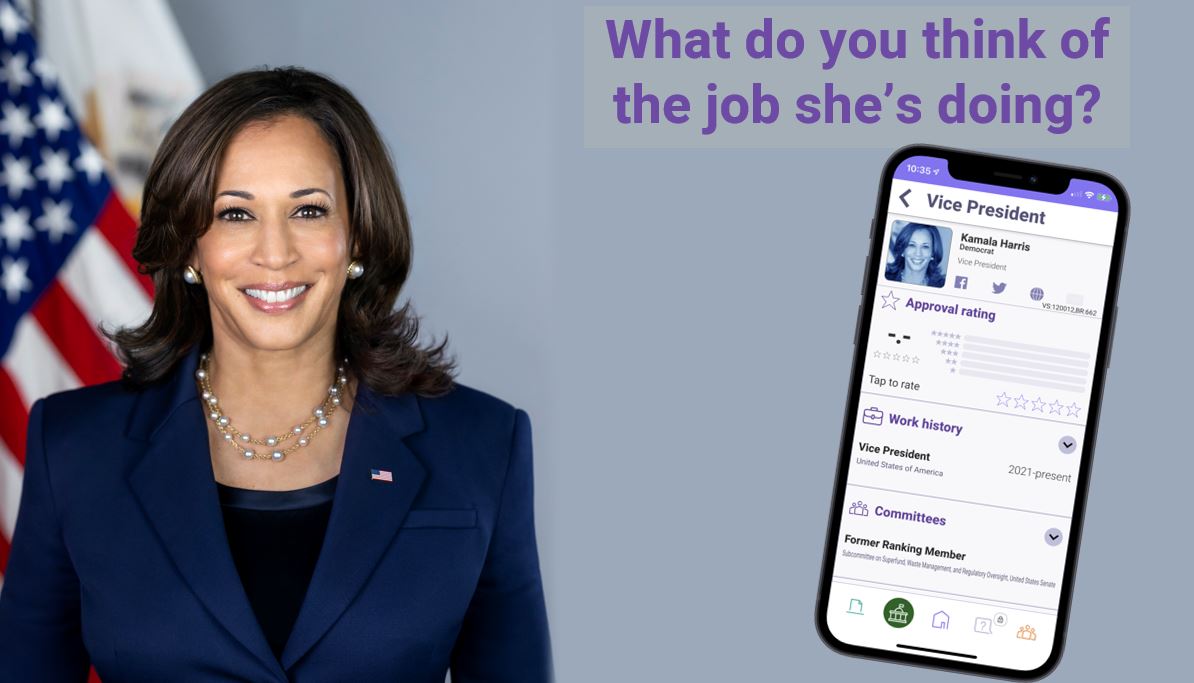 When Walter Mondale became Jimmy Carter’s vice president, the vice presidency became an influential role, and the importance increased since then, culminating in Joe Biden’s role as “always the last person in the room” before president Obama would make any major decisions. Kamala Harris’s vice presidency has been created from that same mold. Her portfolio currently consists of major issues: the COVID-19 vaccination drive, worker’s rights and voting rights. Most visibly, she leads the charge on stemming the migration from Central America to the US southern border.

With those high-profile assignments, she gets a lot of attention and many people have an opinion on how she is doing. That made us wonder what the American voters think of their Vice President. So, we asked about 500 of them to rate Kamala Harris on a scale from 1 to 5.

There is a small gender bias in that more women strongly approve of Harris: 37% vs. 27% for men. Overall women are somewhat more positive as well: 48% vs. 44%. For those who disapprove of Harris (about 44% of both men and women), more than 4 in 5 do strongly disapprove. Thus, the gender bias can mostly be found in a large group of strong supporters of the first female vice-president.

It may not be surprising that the first Black-Asian vice president has the most support among Black and Asian voters: 55% and 64% respectively. What is surprising is the almost 63% disapproval (of which 50% strong disapproval) of the Latino community. We wonder whether there is any relationship between the high-profile border assignment and this negative sentiment?

The difference is made by independents who are slightly more supportive than disapproving: 47% approve and 35% disapprove with the remainder on the fence.

Overall, it seems that Harris is off to a pretty good start, but no one is giving her a free pass based on identity (first woman of color) or party affiliation. Therefore, expect these numbers to improve or decline, based on the results Harris will get for the American people on some of her toughest portfolio items.

That is exactly what we have come to expect from our Vice Presidents in the past 50 years: doing a real job as the (junior) partner in the most important partnership on the planet.

Add your voice to our next approval rating survey!