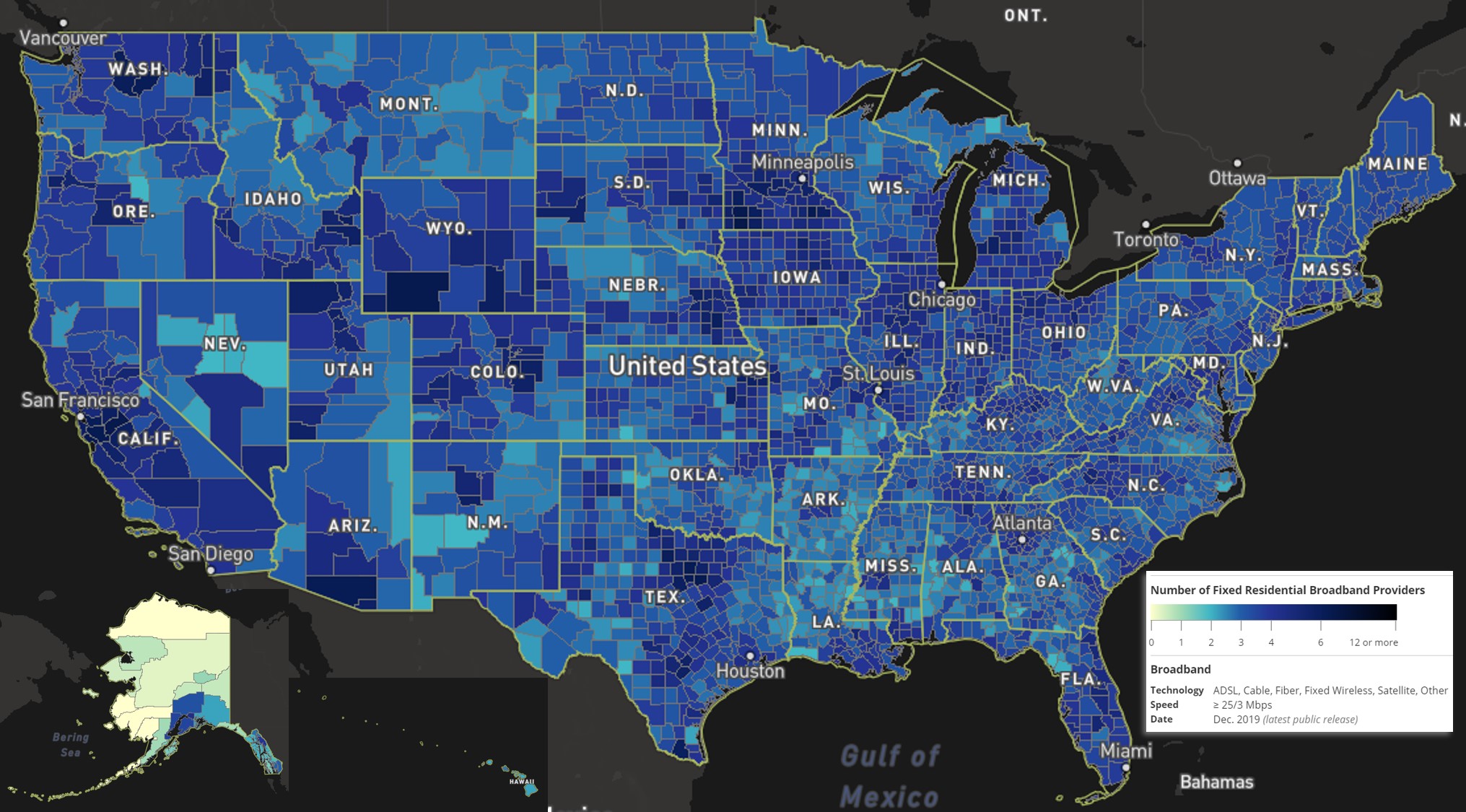 A $1.2 trillion bipartisan infrastructure bill is making its way through Congress. While details are still being hammered out, it currently includes a $65 billion investment aimed at getting  broadband internet to all Americans. The spending is directed both to creating broadband internet in (mostly rural) areas where it currently does not exist, as well as providing financial assistance to low-income Americans to subscribe to available broadband services.

We wondered what the country thinks about universal broadband access. Is this a task for the federal government, and if so how? Or should this be left to local governments or the private sector. We asked over 10,000 ActiVote users the question and gave them five answers to pick from:

It turns out that almost half the nation (48%) prefer an active role of the federal government either through a government built service (28%) or loans and grants through the FCC (20%). On the other hand, 25% believe we should leave this to private businesses, 10% think access through libraries and government buildings is sufficient. The remaining 16% believe that local governments should handle it.

There is a partisan difference, with 37% of Republicans wanting to leave it to the market to provide broadband access, while only 9% of Democrats believe in that approach. Still, 42% of Republican believe in direct involvement of the Federal government, showing that many don’t wish to just wait for the markets to handle the issue.

While there are some differences of opinion between the two parties, the differences are smaller than for many other topics. Perhaps the fact that Democrats support government investment traditionally, but often live in cities with typically better broadband access already, while Republicans rather leave things to the private sector, but more often live in areas struggling with broadband access, helps make this more of a bipartisan issue than many others.

Whatever the reasoning of each individual, Universal Broadband Access is supported by majorities of all backgrounds. Therefore, if the bipartisan infrastructure bill will somehow get derailed in the coming days or weeks, it is unlikely to be over Broadband Access.