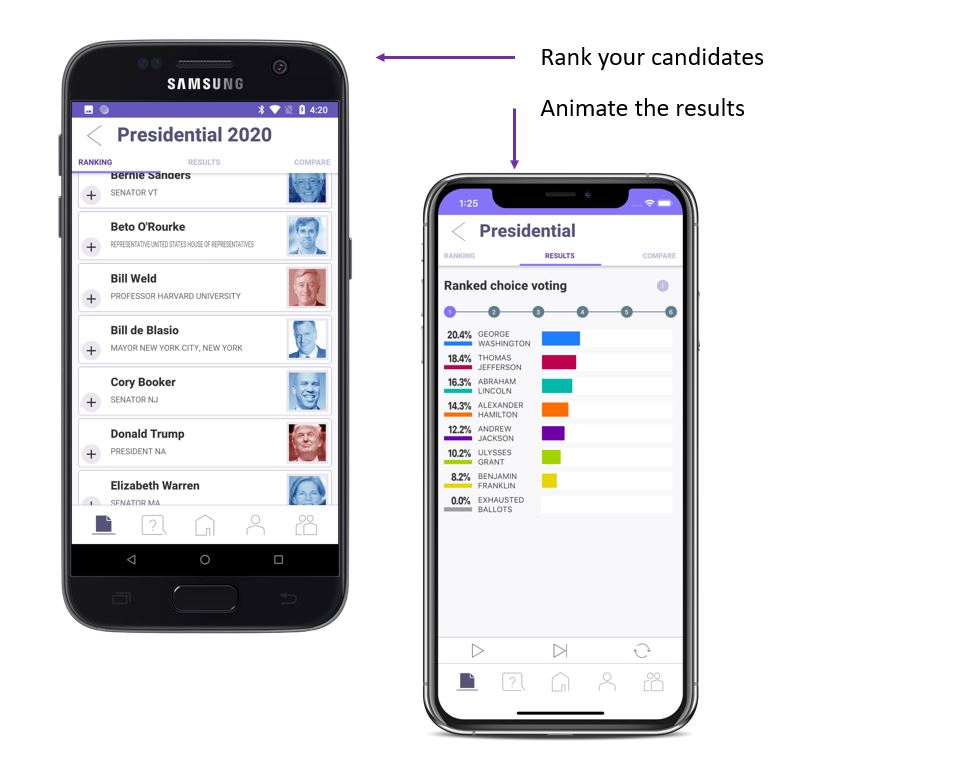 In 1992, Bill Clinton won the presidency with an overwhelming majority in the electoral college: 370 of 538 electoral votes, but only 43% of the popular vote. His main opponent, President Bush, got 37% and the remaining 168 electoral votes, while Ross Perot got 19% of the popular vote and no electoral votes. After Clinton’s win, many Republicans wondered whether Ross Perot was a spoiler in this election by taking away votes that otherwise would have gone to President Bush. Detailed analysis of exit polls later suggested that Clinton would likely have won regardless. Still, 3rd party candidates have the potential to sway an election even if they don’t end up winning any electoral votes, as happened 8 years later.

In 2000 the younger Bush won the presidency by the smallest possible margin, 271-267 in electoral votes and winning Florida by a mere 537 votes. Ralph Nader who represented the Green Party got more than 97,000 votes in Florida. Analysis of exit polls showed that Gore would have won Florida and the presidency if Ralph Nader would not have been on the ballot. The 2000 presidential election shows that the spoiler effect is real and that a candidate without any chance of winning can still influence the overall outcome. The spoiler effect discourages people to run for office and it forces people to strategically vote: even if you liked Ralph Nader, would you want to be responsible for electing Bush over Gore? If not, in our current election system you should think twice before casting that vote for Nader.

Ranked Choice Voting is a solution to these problems. Instead of filling in a single name on your ballot, and having to choose between Nader and Gore or Perot and Bush, you can simply show your preferred ranking. 1 Nader, 2. Gore, 3. Bush or 1. Perot, 2. Bush, 3. Clinton.

To determine a winner with Ranked Choice Voting, the first choice on all ballots is counted. If a candidate gets to a majority, they are declared the winner. If no one has a majority, the candidate with the least number of votes is eliminated and their ballots are now assigned to the candidate of second choice. If Nader voters had largely chosen Gore as 2nd choice, Gore would have overtaken Bush in Florida and would have won. If Perot voters were evenly split between Clinton and Bush, then both would have benefited from 2nd choices and Clinton would still have won. In all cases, however, voters could have voted their conscience as 1st choice, and ensured that their vote still counts if that 1st choice would be eliminated.

With Ranked Choice Voting we don’t have to all get riled up about people running as independents or for 3rd parties as they are no longer a spoiler who influences the overall outcome. For the 2020 election this became briefly relevant when ex-Starbucks CEO Howard Schultz started his exploration of a presidential run as an independent. Many Democrats feared that he could take more votes from a Democratic candidate than from his likely Republican opponent, President Trump, and therefore strongly opposed such a run. With Ranked Choice Voting, we might still have an opinion about billionaires using their wealth for a presidential campaign, but we no longer need to fear the spoiler effect.

Ranked Choice Voting is not only important on the national stage: it applies to all our elections where more than 2 candidates compete for a single seat or many candidates vie for a small number of At-Large seats. It has been in use locally in Cambridge, San Francisco, Minneapolis and other places and since 2018 in the state of Maine. Voter Choice MA is advocating to adopt Ranked Choice Voting for all elections in Massachusetts and is organizing a big push at the State House in Boston today.

The ActiVote app has functionality for Ranked-Choice Voting and allows users to rank candidates for all their elections. The app then shows standard polling results, but also what the Ranked Choice Voting result would be. It helps demystify Ranked Choice Voting, shows that ranking candidates is fun and easy to do, that the instant run-off is easy to understand and ensures that you never have to worry that voting for your preferred candidate may actually lead to electing the person you like the least.

Download our app and check out our Ranked Choice Voting poll for the 2020 Presidential Election and see who currently ends up getting 50%+ of the votes in this race with more than 20 candidates.