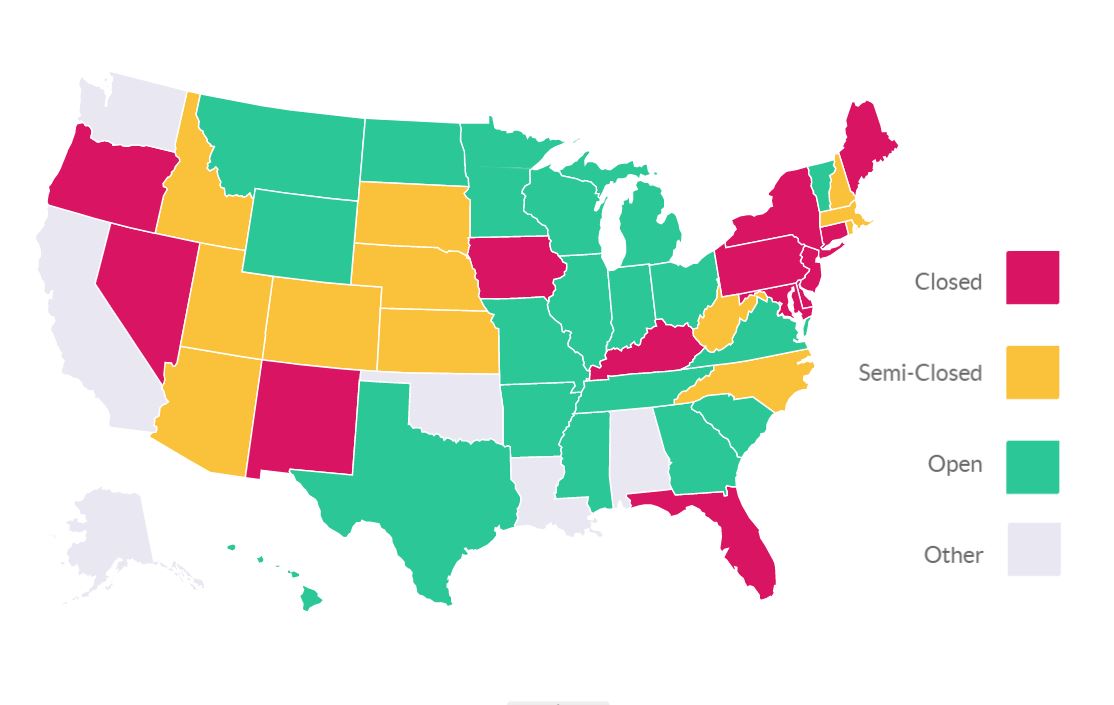 With upcoming state primaries in Washington State and Mississippi, two states with unusual primary systems, I thought I’d take a look at the different primary types that exist in the US, and how your vote counts in each.

First off, what does a primary actually do?

But who gets to vote in primary elections?

Ah, good question! Whether you get to vote in a primary election depends on your state’s laws and what you selected as your party affiliation when you registered to vote.

Some states have “open” or “semi-open” primaries. In these types of primaries, you can choose one party and vote in their primary regardless of your own party affiliation.

“Semi-closed” primary states will only allow you to vote in your own party’s primaries except if you are not affiliated with a party, in which case you can choose a party like in an open primary.

States with “closed” primaries only allow you to participate in a party’s primary if you are registered as a member of that party.

Who wins in the primary?

Interestingly, this also varies by state. In most states, each party will have one primary winner who gets a plurality of votes in that primary. Then, the general election is a contest between those winners (plus any independents). Some states have their own fascinating systems though.

One of these is the runoff primary system used in Alabama, Arkansas, Georgia, Mississippi, North Carolina, Oklahoma, South Carolina, South Dakota, and Texas (Vermont also uses runoffs in cases of ties). In this system a state sometimes holds not one but two primaries! If a majority winner fails to emerge in a party’s first primary, a runoff primary takes place where the top two vote getters are pitted against each other. The person who gets the most votes in that primary becomes the party’s candidate for the general election.

Maine condenses this process by instead using ranked choice voting in its primaries. In this voting system, a runoff election is instantaneously simulated by having voters rank their choices instead of picking one.

The final type of primary is the “nonpartisan blanket”, “jungle”, or “top two” primary. This system is used in Louisiana, California, and Washington (and in state legislature elections in Nebraska). In a top two primary, the top two most voted for candidates independent of party advance to the general election. This means that often only one party will be on the general election ballot in these states because the top two candidates were both from the same party. In Louisiana, if a candidate gets a majority of all votes in the primary they win the seat outright, without a general election!