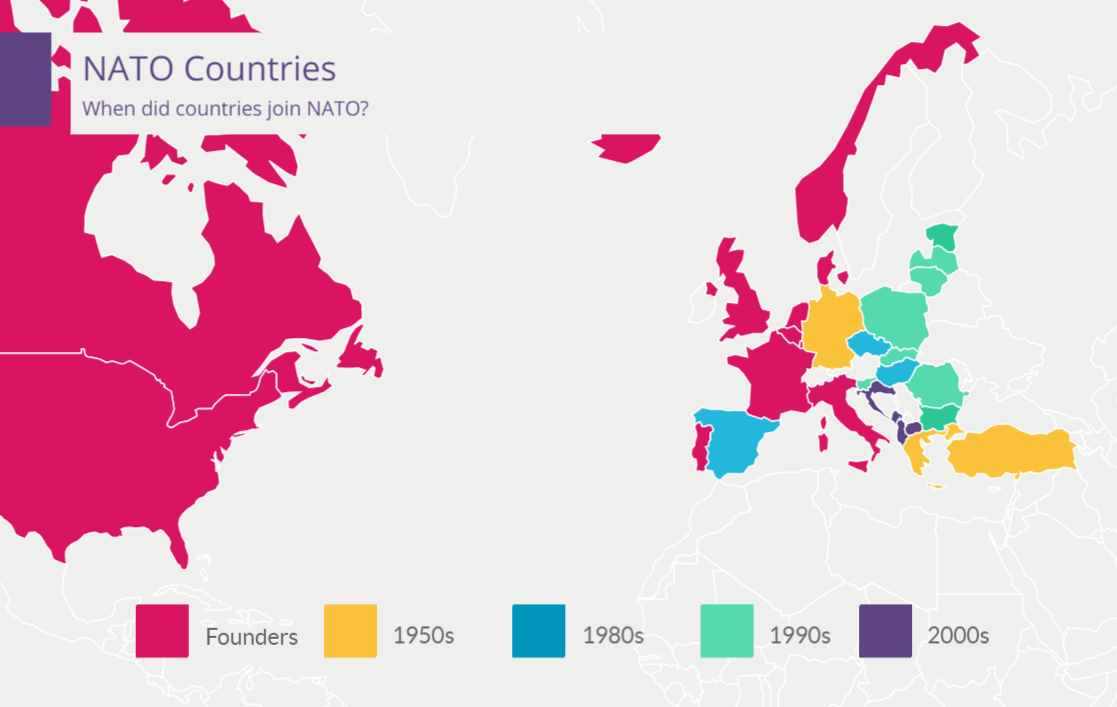 President Biden and former President Trump disagreed on many things, one of them being NATO.

It has been widely reported that in 2018 Mr. Trump thought that “NATO was a bad deal for America” and that he privately repeatedly stated that he wanted to withdraw America from the alliance. During Mr. Biden’s visit to NATO’s headquarters in Brussels in June 2021, he stated that “a strong NATO is very good for America, it is essential for America.”

It made us wonder which of these diametrically opposing opinions best reflects the opinion of American voters. For that reason, we asked over 3000 users of ActiVote to weigh in, allowing them to pick among five answers to reflect on NATO Membership:

It turns out that the American voters in a large majority are aligned with Joe Biden on this topic: only 22% believe that the US should withdraw from NATO or even have NATO dissolved altogether. The other 78% believe it should remain as is (14%), extended further into Europe (35%) or opened up for other countries to join (29%).

There was very little distinction in opinions based on gender, age, ethnicity, income or education. The only characteristic that showed some differentiation is party affiliation: Republicans are more sceptical about NATO than Democrats (or Independents): 35% of Republicans believe that NATO is no longer relevant for the USA, as opposed to 13% of independents and 6% of Democrats.

Still, a large majority of 65% Republicans support NATO, including a possible expansion.

The support for NATO by Republicans is not new. Mitt Romney, the 2012 Republican presidential nominee, and now US senator for Utah, as recently as July 2020 gave a speech in the US Senate to support NATO. John McCain, the 2008 Republican presidential nominee was such a staunch supporter of NATO that after his death in 2018 it was proposed to name the new NATO headquarters after him. These examples show that support for NATO was part of the Republican platform. Our poll shows that it remains that way today in the eyes of not only the American voters in general, but also 2 out of 3 Republicans.

Mr. Trump has shaken up some of the previously held beliefs of Republicans. The role of NATO isn’t one of them.