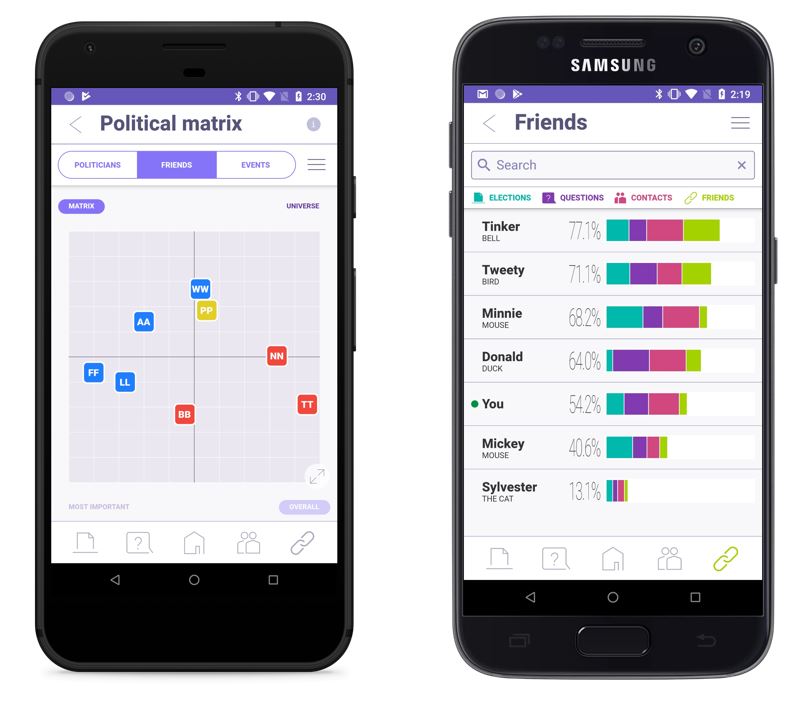 “Friendship is the only cement that will ever hold the world together.”
~Woodrow Wilson

One of our users, Lynne, downloaded ActiVote two months ago and at the time went through all her contacts to link them to their voter record and to see where and when they could vote. Some are local friends who can vote in the upcoming Boston City Council elections, but others are spread around the country. One of her contacts, Noelle, is in Mississippi and ActiVote immediately flagged that Noelle could vote in August. Twice! There was a primary on August 6th and a runoff on August 27th. As Noelle’s voting history in local elections was less than perfect, Lynne notified Noelle about these elections and as it turned out, Noelle had no idea there were state elections coming up. Based on Lynne’s alert, Noelle ended up voting in both elections.

That is two votes that would not have been cast without ActiVote!

Noelle was surprised about how Lynne knew all this and downloaded ActiVote herself as well to see how that could help her for future elections. So, in all likelihood when her next election comes up (November 5th, 2019), Noelle will be ready to vote again, even without Lynne’s prompting.

It would be a pity if from now on Lynne and Noelle don’t connect about elections: Lynne thought it was kinda fun to have something to talk about with her far away friend that she hadn’t seen for a while.

Enter ActiVote’s new Friend functionality which has been released today in our latest version.

Here is how it works. Two months ago, Lynne filled in her profile so that ActiVote could show her all of her upcoming elections and candidates. Lynne has also downloaded her contacts, including Noelle in Mississippi and linked her. That is how Lynne knew that Noelle had elections in the first place! Noelle has now done the same: downloaded ActiVote, found her elections and also linked some of her contacts to their voter records, including Lynne.

With that, ActiVote realizes that both Lynne and Noelle, as ActiVote users, very likely know each other well, given that both have linked each other to the voter file and now ActiVote gently suggests to both of them that they could be friends on ActiVote. If they both like that (and exchange a 4-digit code to make absolutely sure that it is really them), they can now share a few things in the app. They can share their position in the Matrix to see how close or far apart on the political spectrum they are. They can also share their status which keeps track of  how many elections they have ranked, questions they have answered, contacts they have matched and friends they have on ActiVote. Who they ranked and in which order, and how they answered individual questions remains completely private.

For those people who like to have all their elections ranked, all the daily questions answered, all their contacts linked to see their elections, and then become friends with a group of active voters among their contacts, it will be fun and stimulating to know that their active participation can be observed by their friends, and possibly inspire those others to do the same.

We are pretty sure that Lynne and Noelle will become friends on ActiVote. Also, they will likely find that they are both really diligent in ranking the candidates in their elections and answering daily questions. They may just end up texting each other regularly to discuss what they each  thought about yesterday’s question.