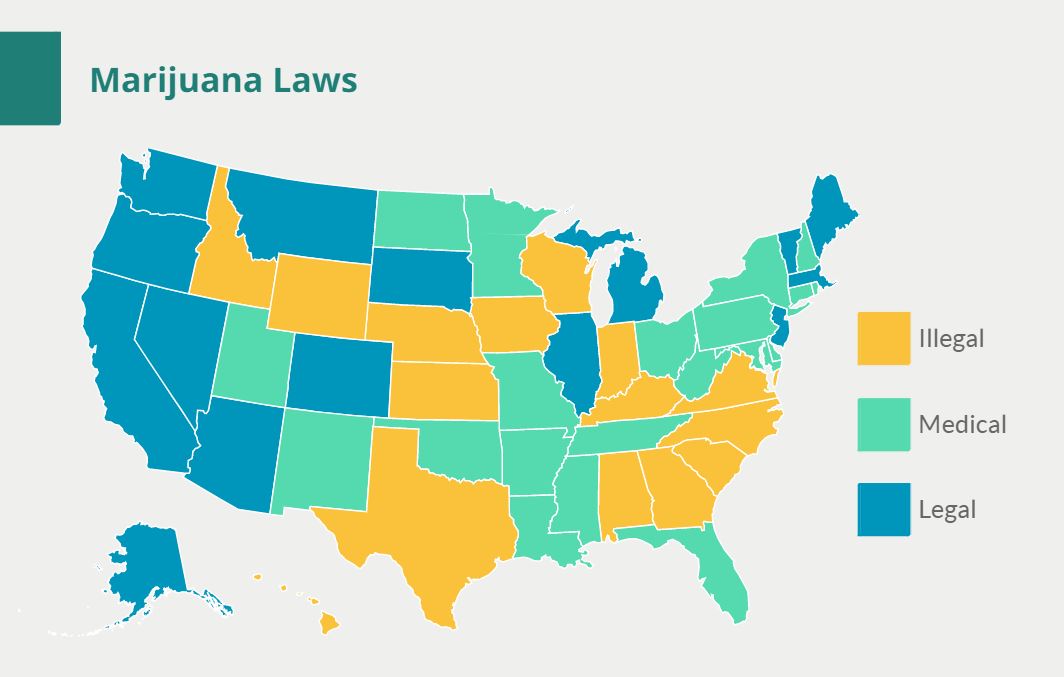 During the November 3rd, 2020 elections five states had measures on the ballot involving marijuana and all five of them passed. Four states, Arizona, Montana, New Jersey and South Dakota legalized marijuana for recreational use, joining 11 other states and DC. Mississippi has now voted to allow marijuana for medical use.

These measures increase the pressure on the federal government to resolve this issue nationally and to avoid a situation that state law and federal law are increasingly in conflict with each other.

We conducted a survey to see what our users are thinking of legalizing recreational marijuana. The answers that our users could choose from can roughly be summarized as

We found that a 59% majority supports legalization and expunging related criminal records. That majority increases to 90% if we include the group that is for legalization with regulation.

If we look at any breakdown by age, income, ethnicity or education we see the same pattern. In every single category at least 50% support legalization and expunging criminal records and at least 80% supports legalization if it comes with some regulation.

There is only one exception. Republicans are a bit more hesitant than other groups to legalize marijuana and expunge all related criminal records, with about 1 in 3 supporting it. Still, almost 3 in 4 support legalization if it includes regulation and taxation.

With these amounts of bipartisan support for legalization, it is not surprising that more and more legislatures either enact legislation or have their constituents do it for them through ballot measures. Perhaps the new administration can put this on the list of “Things to do with bipartisan support”.

Join our next survey