Joe Biden is Running Out of Time

Joe Biden is Running Out of Time 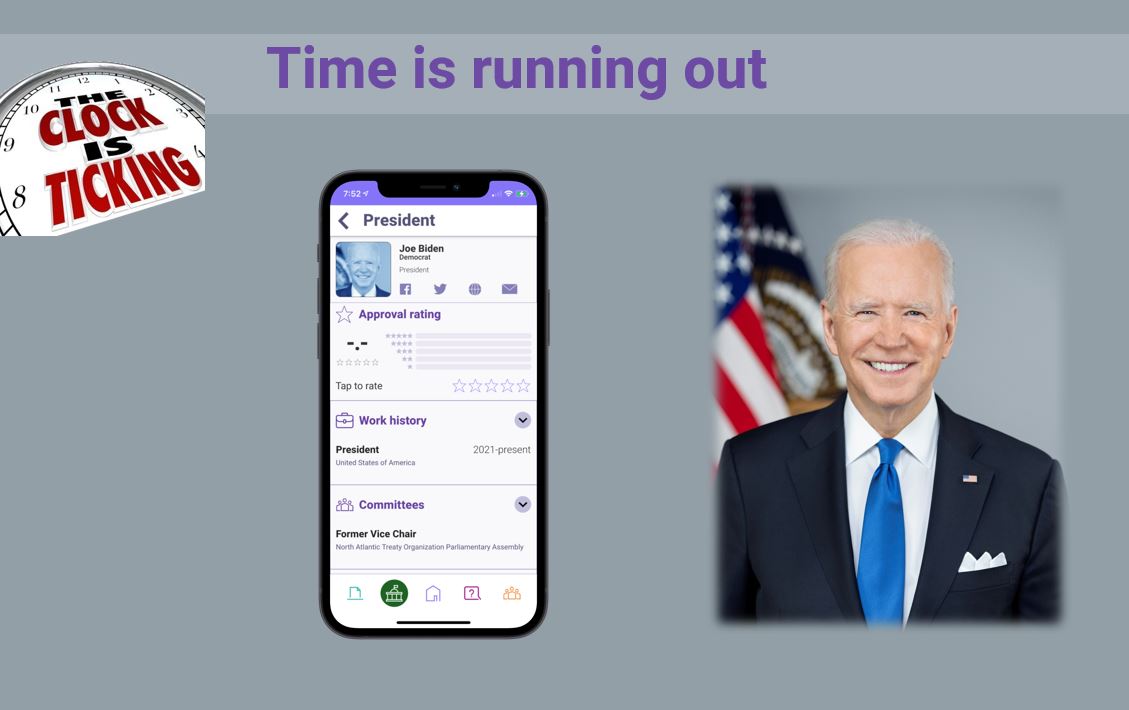 If the past is prologue, Biden should assume he will lose (at least) the House during the 2022 midterms, so he has used up half the time he had to make his mark. And things are not looking good: the Omicron variant is wreaking havoc on our hospitals, Inflation is at 7%: the highest level in 40 years, businesses have trouble hiring due to the “Great Resignation”. And the trifecta cannot find a compromise on Biden’s signature “Build Back Better” legislation, nor on voting rights bills.

Let’s look at the details of how Biden gets to the 2.5 overall rating:

The detailed numbers are terrible for Biden: 54% disapprove of his performance, while only 31% approve. While in Q3 a quarter of all people were on the fence, many of those have now moved in the camp who disapprove of him. Also concerning is that a whopping 44% gives him the lowest possible rating: 1 out of 5 and only 12% give him a 5 out of 5.

His downfall in Q4 is especially strong among women. In Q3 many were giving him the benefit of the doubt or were on the fence, but no longer: they are just as unhappy as men.

Another group previously among Biden’s supporters and who are turning against him are the youngsters: only 4% of those 18-29 year old think he is doing a great job, while almost half think he is doing terrible.

Even among Black voters, the most reliable Democratic voters, his support is eroding: in Q3 26% gave him the perfect score. That number is down to 14%. The only good news here is that the overall approval rate stayed close to 50%.

Our users are sending Biden a clear message: they are not happy.

Our take is that Biden needs two things to find his way back up in the ratings. First, he needs to find solutions that both the Progressive Caucus and senators like Joe Manchin and Kyrsten Sinema can support. That is the job of a president as a dealmaker within the trifecta.

Second, he needs Omicron to be the last of the disruptive covid-19 variants so that cases and deaths will go down, kids can go back and stay in school and everyone can go back to work. That should help solve supply chain problems, slow down inflation and will give the country finally the feeling that things are going in the right direction.

The first is his job. For the second he needs to be lucky. And both need to happen fast if he wants to have any chance to get through the 2022 midterms with majorities in Congress.

Weigh in on our next poll regarding Biden and all of your representatives! Join here!