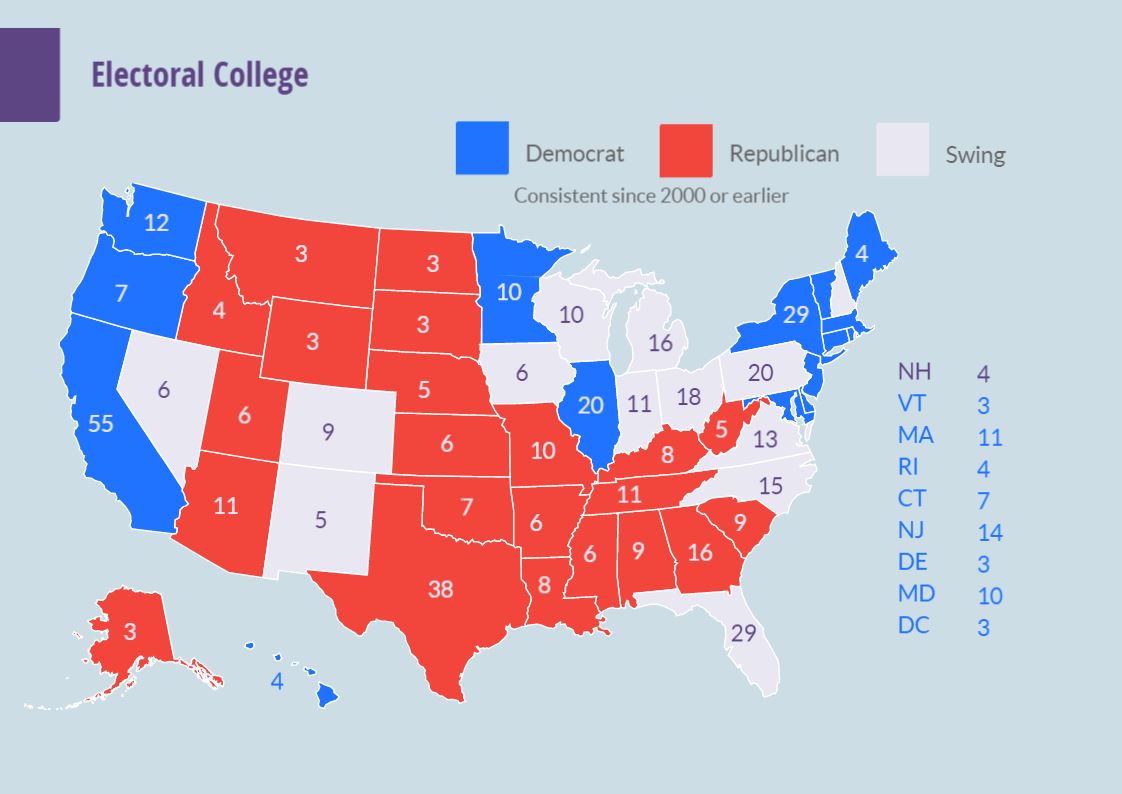 Over 150 million people will have cast their vote by the evening of November 3rd. For the next frantic hours (or days or weeks) the nation will talk about the Electoral College: the 538 people who ultimately determine on December 14th, 2020 who becomes our next President.

Twice in the last five elections the ultimate winner of the presidency has not be the same person who won the popular vote. If that happens again, there will be passionate discussions about whether electing the President through the Electoral College should remain as it is today.

ActiVote conducted a survey to determine what our users thought about the Electoral College and whether any action is needed and if so what. We provided five options to choose from, which can be summarized as follows:

Only a minority (of 46%) is for changing to popular vote elections, while 1 in 4 would like to award electoral votes proportionally. Also, about 1 in 4 is happy with the system as it is. Giving smaller states more representation does not have significant support.

Moving to a popular vote is slightly more popular with those with a higher education.

There is a significant partisan divide, where over 60% of Democrats and Independents support a national popular vote, and only 15% would like to keep the current system (or make it more attractive for small states). Republicans on the other hand, support in majority (57%) the status quo or giving small states more representation.

As long as the popular vote gives more favorable results for one party, it is unlikely that eliminating the Electoral College will happen anytime soon. This might be a good reason to look more closely at the compromise of awarding electoral votes proportionally per state, which has the support of 1 in 4 voters of every category, despite the fact that it is a relatively unknown solution.

Join our next survey