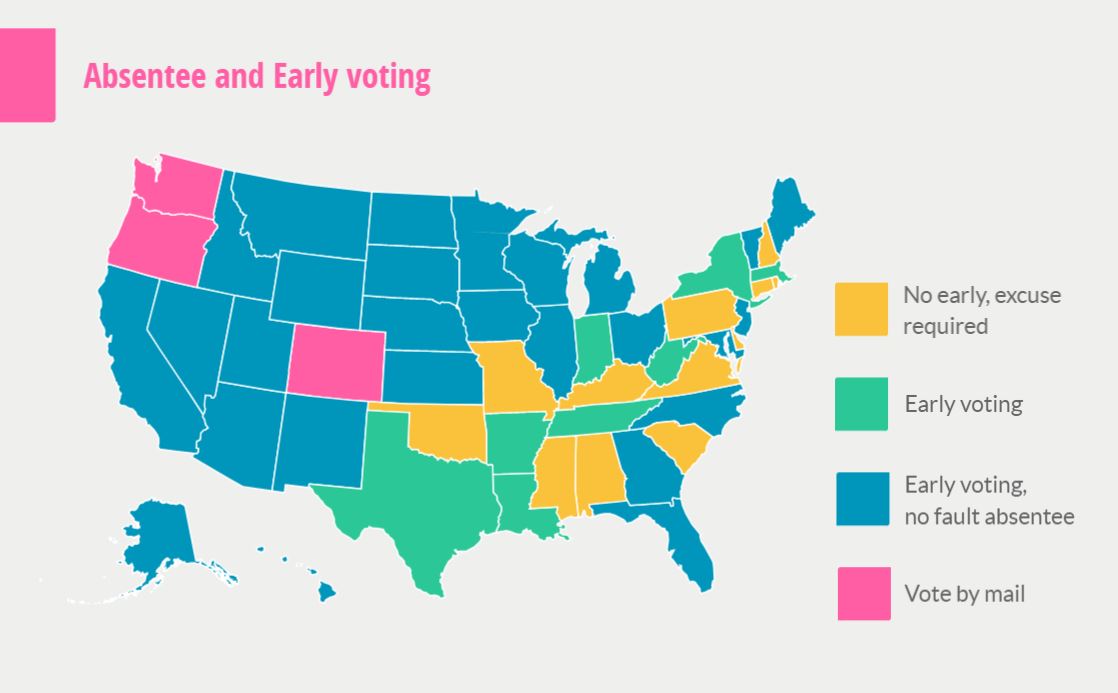 Early voting is underway in 20 states already, with another 20 to follow in the coming weeks. Some states don’t have no-fault absentee voting nor early voting, making election day voting the only option, while others have universal vote-by-mail allowing everyone to mail their ballot or drop their ballot off at their convenience.

ActiVote conducted a survey to determine what our users thought about the various options and whether they felt this state-by-state system is fine or that any particular solution should be adopted everywhere. We provided five options to choose from, which can be summarized as follows:

Almost all our users (92%) feel that we should move away from the patchwork of rules created by the states, despite the constitution clearly leaving the responsibility of elections to those states.

About 82% seek a change that provides more options (no-fault absentee, early voting or vote-by-mail), while 10% would like to go back to just voting on election day by everyone.

Those 65 and over are the strongest in their support for vote-by-mail. Perhaps this is the combination of this group being less mobile than younger voters and being regular users of the USPS.

Republicans stand out with 1 in 4 wanting to go back to election day voting only, while less than 1 in 10 of all others want that. Still, even among Republicans there is a majority (57%) that wishes any of the no-fault absentee, early voting or vote-by-mail all around the country.

Join our next survey by downloading the app