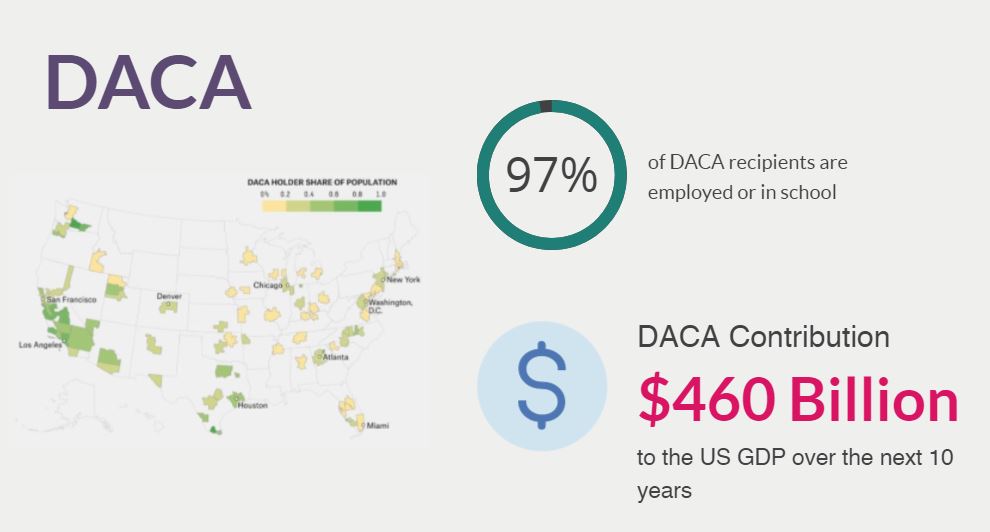 The “DACA” executive order signed by President Obama in 2014 has always been controversial, as it was a response to the inability of Congress to pass immigration reform. In 2017 President Trump rescinded DACA which was subsequently challenged in court and in June 2020 the Supreme Court ruled against the Trump Administration. As one of his first actions after his inauguration, President Biden reinstated DACA.

This partisan back-and-forth begs the question of what the American people think about DACA and whether they are as split along party lines as the executive actions suggest. To find that out, ActiVote conducted a survey to determine what our users think about DACA.

We provided five options to choose from, which can be summarized as follows:

There are some small differences in opinion based on income. Interestingly, those earning lower incomes, are both more likely (58% vs. 54% overall) to support a full pathway to citizenship and to oppose DACA (22% vs 17% overall).

There is a clear partisan divide in that almost 90% of Democrats and over 80% of independents support DACA and/or a pathway to citizenship, which is significantly higher than the 51% of Republicans who do the same. At the same time, even among Republicans only 1 in 3 believe that DACA should be rescinded and/or Dreamers should leave the US.

With that, ultimately, the status of the last 6 years of Dreamers being allowed to stay in the US seems to be the will of the people. Perhaps it is time for the 117th Congress to enact that into law.

Participate in our next survey to ensure your voice is heard!