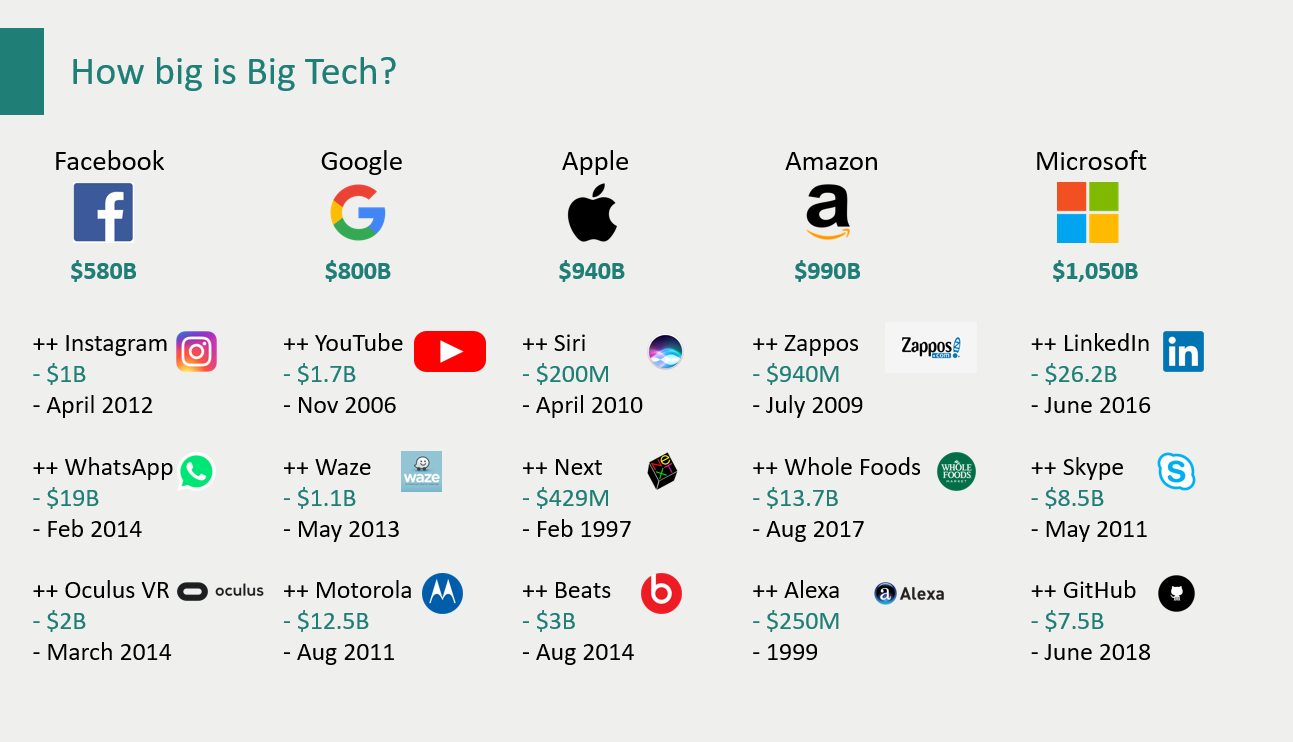 The largest tech companies are taking incoming fire from both sides of the aisle. The most common complaints from conservatives is that Big Tech has an anti-conservative bias, while progressives believe that Big Tech violates antitrust laws. Tech CEOs have been invited to testify before congress on various topics and two weeks after the election Twitter CEO Dorsey and Facebook CEO Zuckerberg will be sitting in the hot seat again.

ActiVote conducted a survey in the ActiVote app to determine what our users thought about Tech Giants and whether any action is needed and if so what. We provided five options to choose from, which can be summarized as follows:

A large majority of 89% would like to see some action and a majority of 62% would consider breaking them up, where half of these believe that we should just go ahead while the other half wants to see if they have violated antitrust laws first.

There are few issues where there is such a limited partisan divide: although 96% of Democrats like to see action and “only” 83% of Republicans, there are very clear majorities independent of party affiliation for taking action.

Overall, Big Tech should brace themselves for actions from the Federal Government, seemingly independent of who will be in charge in DC for the coming few years.