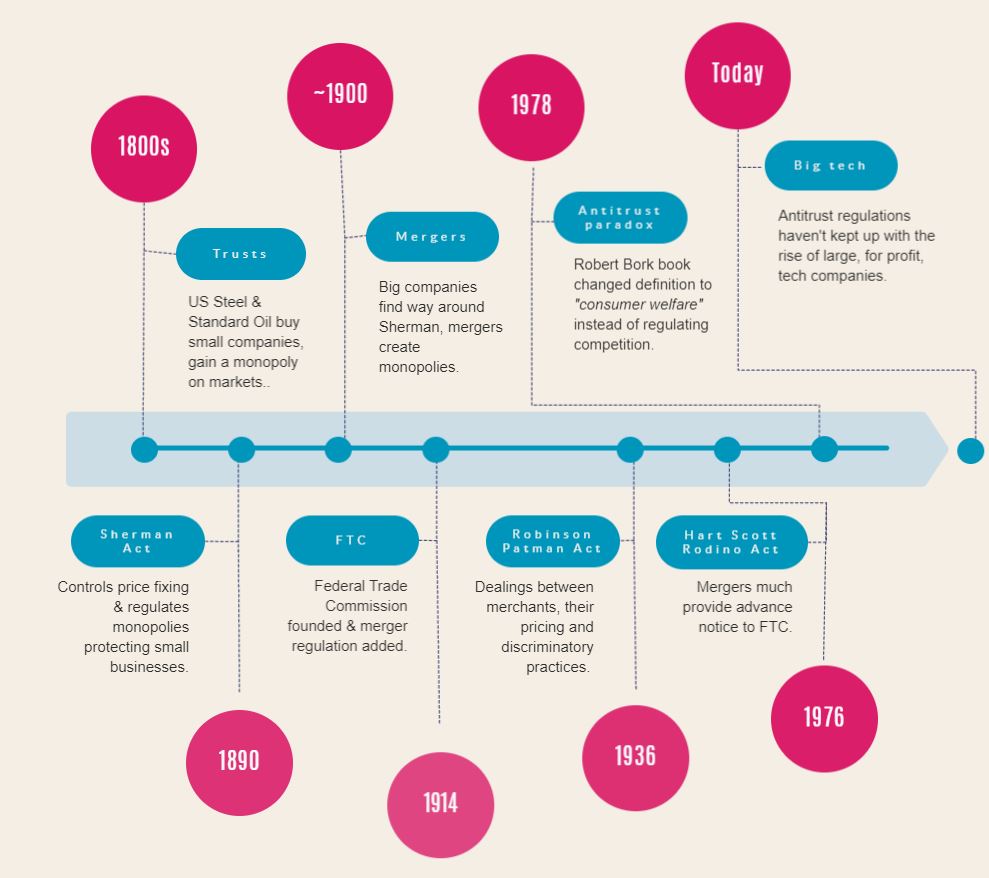 This week the case Epic Games v. Apple has started in the US District Court for Northern California. Apple forces all smartphone apps to be installed on Apple devices through their AppStore. It also forces app-makers to channel all revenue of in-app purchases through their platform, so that Apple can take a 30% cut. Epic Games is challenging these practices by providing an alternative to its users by making in-app purchases available at a discount outside of Apple’s control. Apple subsequently banned Fortnite from the AppStore and Epic sued Apple.

The larger question at stake is whether Apple (and Google, which has been separately sued by Epic) are monopolies that are abusing their market position. Some believe that they are and that consumers, once they have picked either Android or iOS as their platform of choice now inadvertently are locked in. Also, app producers should not be subject to Apple’s or Google’s whim and that it is not right that Apple and Google can impose a 30% “tax” on any revenues they have. Others believe that these companies can run their stores as they see fit.

The number of cases where questions of the applicability of Antitrust laws in relation to the digital economy are raised are increasing. Therefore, we asked our users what they think the roles of antitrust laws and the Federal Trade Commission are in these kinds of situations.

We gave our users five answers to pick from:

It turns out that a 55% majority agrees that the antitrust laws should be updated to adjust the reality of the digital economy. Although we are not entirely sure in what ways this majority feels that the rules should be updated, another 28% suggests that the FTC should play a bigger role. Only small minorities believe that there is too much regulation or enforcement at this time.

We found not much difference of opinion among gender, income, education and racial groups. Even the reliably distinct opinions of Democrats vs. Republicans are on this topic much less distinct: in both groups, there is a majority for updating laws to handle the digital economy. There is a 20% swing between the ends of the spectrum, where 33% of Democrats want to go further than merely updating, while that only gets the support of 13% of Republicans, while a quarter of Republicans want to decrease antitrust regulation, which gets the support of only 10% of Democrats.

All in all, the country seems ready for updated antitrust legislation, and with the various Congressional hearings over the past few years on the power of Big Tech, the current Epic Games v. Apple lawsuit and the general push of the party in power to have large companies play fair, it is likely that something will happen on this front in the coming years.

Add your voice to our next survey