ActiVote conducted a national, presidential election poll among 613 registered voters during the past 4 weeks. The result is weighted to represent the national electorate on characteristics such as region, gender, age, party affiliation, ethnicity, education, income, and likelihood to vote.

By nature of our poll there are no undecideds among our survey responses (so all categories sum to 100%) and we only focus on the head-to-head competition between the presumptive Democratic candidate (former Vice President Joe Biden) and the presumptive Republican candidate (current President Donald Trump).

For information on how we conducted this poll, and our current estimate of a 5% liberal bias in our results, please see our answers to the CNN Transparency questionnaire for polling standards 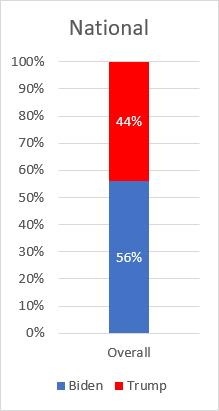 We find that 4 in 5 Republicans and 3 in 4 Democrats intend to vote for their party’s candidate. Independents overwhelmingly favor Biden over Trump. 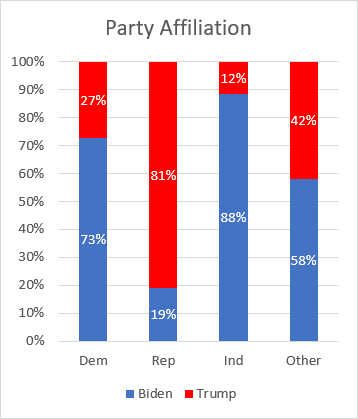 We found a gender gap of 40%, with women having an almost 2:1 preference for Biden, while men prefer Trump over Biden by 10%. 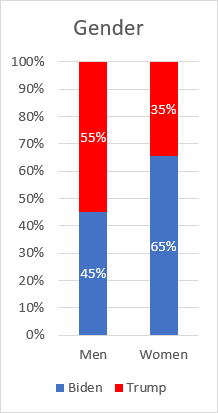 Voters under 50 prefer Biden over Trump by 3:1. Middle aged voters (50-64) are evenly divided, while older voters prefer Trump by 2:1. 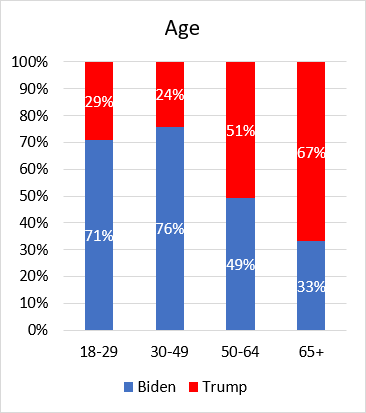 The racial divide is enormous. White voters and Latinos are evenly divided, while Black voters are almost unanimously for Biden. Biden leads about 3:2 among Asians and others. 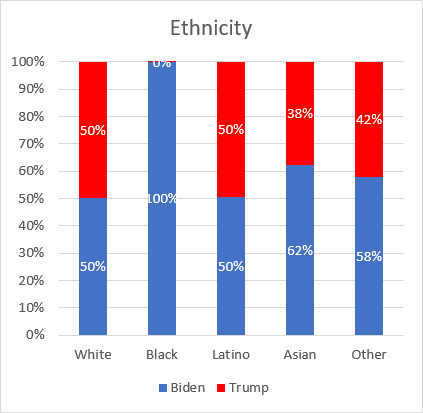 The educational divide is significant. Those with less education (High school or less) prefer Trump by 24%, while those with some college or more prefer Biden by about 20 points. 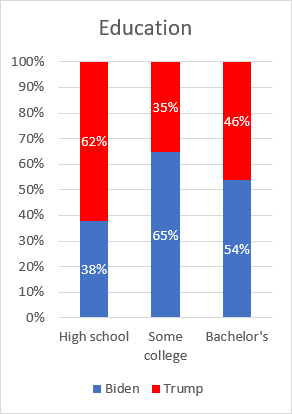 Trump leads by 14% in the lowest income category. Biden leads by about 20% among the middle income and higher earners. 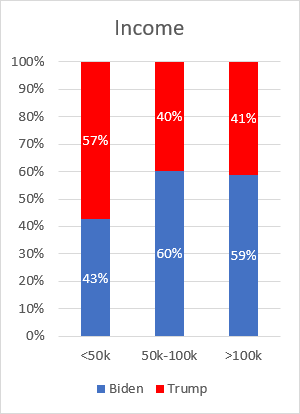