ActiVote adheres to Disclosure Standards as part of the Transparency Initiative of the American Association of Public Opinion Research (AAPOR), by disclosing important information about the ActiVote surveys. This text provides all relevant disclosures that hold true for every survey executed by ActiVote, while the individual survey reports each contain relevant disclosures specific to that particular survey.

1. Data Collection Strategy
All data is collected automatically when ActiVote users execute a Polling Action in the ActiVote app (iOS, Android, or web). A polling action can be ranking a candidate as preferred candidate in an election race, answering a policy question, rating a representative or voting on a bill.

2. Who Sponsored the Research and Who Conducted It?
Every poll is executed by ActiVote Inc., a non-partisan, registered Delaware Public Benefit Corporation and B Corp focused on helping people confidently vote in every election. Individual polls require no specific funding as all data is proactively provided by our users. The only costs involved, the operation of the ActiVote platform, is entirely funded by ActiVote.

3. Measurement Tools/Instruments
Every polling action is available directly in the free ActiVote app. The election race, question, bill, and representative screens have an interactive option to rank a candidate, answer a question, vote on a bill, or rate a representative. All screens are available in the app and remain accessible to anyone who wishes to analyze the exact wording and presentation of each survey.

4. Population Under Study
Every survey focuses on US voters. For election polls it is further narrowed to likely voters meaning that each voter is weighted for the likelihood they will vote in that election.

5. Method Used to Generate and Recruit the Sample
The survey participants are a non-probability sample: anyone who has downloaded our app and starts participating in our polls is included. Some filtering is performed to exclude survey answers from users whose information is incomplete or who are suspected not to be who they say they are.
For some surveys, eligible users may receive an in-app notification to answer that survey question to enhance participation.

6. Method(s) and Mode(s) of Data Collection
All data is exclusively collected by users who proactively take polling actions (rank a candidate, answer a survey question, vote on a bill, or rate a representative) in the ActiVote app.

7. Dates of Data Collection
Each survey report includes a specification of the period during which survey responses were collected

For very large sample sizes, the statistical variation of the chosen sample isn’t the determining factor (any methodological error probably is). Therefore, we assume that for larger polls the expected average error will still be 3%.

9. How the Data Were Weighted
For all participants in our surveys, we have a link with their voter registration, which allows us to weigh the poll on (1) age, (2) party affiliation, (3) gender, (4) ethnicity, (5) education (6) income and, if applicable, (7) voting chance based on data in the national voter file. We further weigh each survey on Political Matrix position. This is an ActiVote-specific measure calculated for each survey participant based on the collection of all survey questions they have answered.

10. How the Data Were Processed and Procedures to Ensure Data Quality
All surveys are automatically processed by ActiVote’s proprietary polling engine, providing polling results in Microsoft Excel tables and graphs. These tables and graphs are inspected to determine whether the results pass various “smell-tests”. For all ActiVote users it is evaluated whether they are believed to be who they are, and when in doubt, those users are excluded from all polls.

11. A General Statement Acknowledging Limitations of the Design and Data Collection
ActiVote’s polls are based on a non-probability sample, meaning that anyone can participate by choice. As a result, in each of our polls a particular subgroup of the overall electorate can be overrepresented. Our polls aim to correct for such overrepresentation by weighting on 8 criteria (age, party affiliation, gender, ethnicity, education, income, voting chance and Political Matrix position). Despite these steps to come to a representative poll, some subgroups may be underrepresented, potentially skewing the results in an unknown way.

12. Access to Datasets
ActiVote’s user’s privacy is of the utmost importance to ActiVote. ActiVote does not share any raw datasets with any outside organizations. However, in special cases, when a reputable organization wishes to independently review and verify our findings, we can extract an anonymized dataset for any of our surveys, which does not contain any personal information from the individual users. 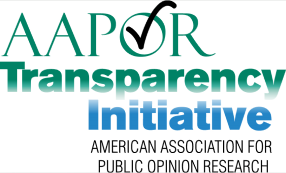